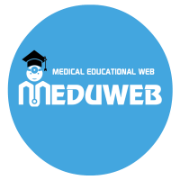 No Result
View All Result
Home Gynecology and Obstetrics

♦ The pelvic portion of the ureter is about 15 – 20 cm in length and 6-10 mm in diameter.
♦ It begins near the sacroiliac joint crossing
the biforcation of the common iliac artery descends along the lateral pelvic
wall anterior to internal iliac artery and
posterior to ovarian vessels.
♦ When it reaches the ischial spine, it runs
forwards and medially towards the bladder passing in the most inferior
portion of the broad ligament where it
is crossed by the uterine artery at the
level of the internal os.
♦ In the later part of its course, the ureter lies 1.5 cm lateral to the cervix and 1.5 cm above
the vaginal vault.

Dangerous points of the pelvic ureter :

♦ During gynaecological surgery the ureter is liable to be injured at the following sites:-
(1) At clamping the infundibulo- pelvic ligament,
(2) At clamping the uterosacral ligament,
(3) During removal of broad ligament tumour or cervical fibroid which
displaces the ureter from its normal course,
(4) At clamping the uterine artery during hysterectomy,
(5) During pre-sacral neurectomy where ureter is related to common iliac artery,
(6) During peritoneal closure after hysterectomy,
(7) During vaginal operations for prolapse.

Protection of the pelvic ureter during pelvic surgery:

(1) Preoperative intravenous pyelography to show the ureteric course especially in
case of pelvic pathology that may displace it.
(2) Exposure of the ureter at pelvic brim and following its course downwards
(3) Ureteric catheterization during operation to allow palpation of the ureter.
Some surgeons do not advise that as it makes the ureter more vulnerable.
(4) Pedicles and ligaments should be clamped under vision.
(5) Cervical fibroid should be removed subcapsular (as ureter outside the capsule).

Congenital anomalies of the pelvic ureter important for gynecologist:

The anatomy of the ureter video

*Note: The total length of the Ureter is roughly 10-12 inches. Almost 5 inches of it is present in the abdomen and the remaining 5 inches lies in the pelvic cavity. Welcome to a series of educational videos covering the regional anatomy of human body. Project designer & presenter: Dr. Sahar Hafeez Videos done by: – Maha Alharbi; medical student – Banan; medical student – Maria Zadah; medical student *This video has been filmed in Princess Nora University’s lab.

No Result
View All Result

Any cookies that may not be particularly necessary for the website to function and is used specifically to collect user personal data via analytics, ads, other embedded contents are termed as non-necessary cookies. It is mandatory to procure user consent prior to running these cookies on your website.